FATHERS OF THE MAGNETICS

Léon Foucault was a 19th-century French engineer who introduced eddy currents to the world of magnetics with an experiment using a machine designed by himself (Foucault's Disc). He made a copper disc to rotate around a magnetic field causing a temperature increases in the disc, as well as a decrease in its speed, thereby demonstrating the existence of eddy currents. 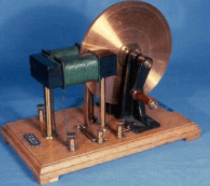 Also known as Wizard of Schenectady, Steinmetz was a mathematician and electrical engineer who, with his studies from the end of the 19th century, obtained the empirical equation to obtain the total power losses per unit volume in magnetic materials, which is still generally used today, although some improvements were made in recent years. Steinmetz's equation correlates frequency, magnetic flux density, and temperature by the empirically-obtained Steinmetz coefficients for each material composition.

Austrian-English electrical engineer and professor at the University of Birmingham who, between the 19th and 20th century, developed the basis for the calculation and construction of alternating current and the transformer structure.  Kapp developed an equation to obtain the leakage inductance in transformers for single and multiphase currents which describes the electric transmission, transformation, and distribution of energy.

Paul Langevin was a French physicist from the beginning of the 20th century, he expanded Michael Faraday's study of magnetic fields and whose results provided the basis for calculating the hysteresis of transformers. Noted for his work on paramagnetism and diamagnetism, and devised the modern interpretation of this phenomenon in terms of electron spins within atoms.

Figure 4. Langevin Equation for the magnetization of a paramagnet

Telephone Fabrik Automatic worker, Copenhagen, Denmark. In the middle of the 20th century, Dowell's study of eddy currents and laid the foundation for calculating alternating current resistance, materialized in the Dowell method and  the Dowell equation. The Dowell method is still used today and allows the optimization of the leakage inductance and the winding distribution of the transformers by calculating the AC copper losses in the magnetics.

Figure 5. Dowell Equation for determination of the RAC

All the aforementioned scientists shaped the world we are living in today with their research and ideas. The work they did was extraordinary, as is that many of their methods are still used nowadays in the design of magnetics; and even some, like Dowell’s from half a century ago, are a too-complex-to-use tool for some designers.

The future must be built on these fathers of magnetics, but it is our duty towards them to make them obsolete.

Your experience on this site will be improved by allowing cookies.