Magnetic components are the actual bottleneck for improving the power density in power conversion...

and above a given level of power, they can be considered as heat sources, and they need to be handled.

Encapsulating magnetic components with thermally conductive potting compounds is an outstanding solution to manage energy transfer. Low viscosity potting compounds enhance heat transfers by lling all gaps of the selected component. Not only do potting transformers benet from thermal dissipation; mechanical and environmental protection is also achieved by avoiding the intrusion of dust or unexpected particles and by protecting the equipment against shocks and vibrations.

In this document, a comparison between a transformer with and without potting is carried out. 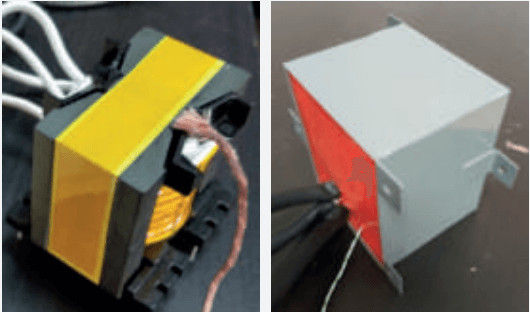 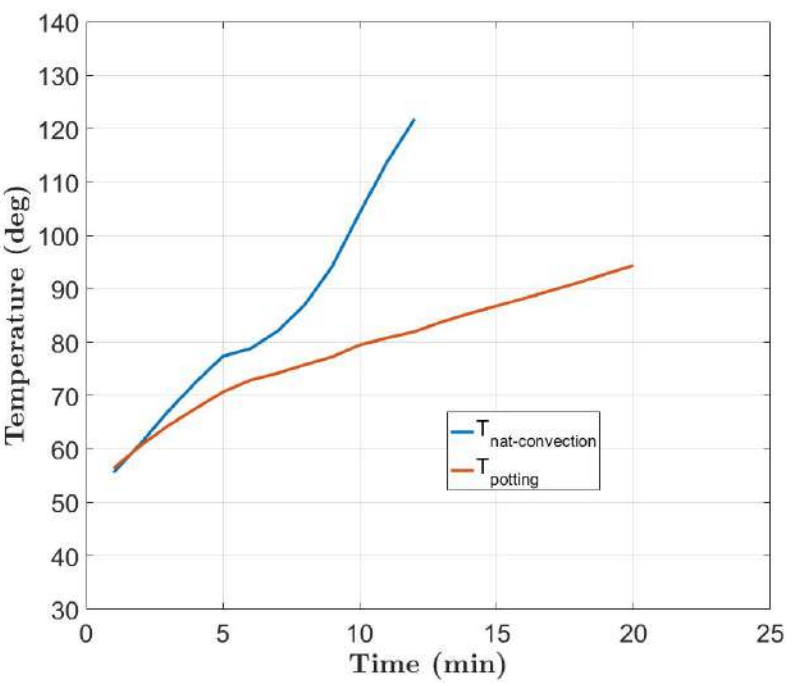 The use of thermally conductive potting compounds enhances heat dissipation. Such improvement should be considered at the magnetic design stage so the use of the smallest components, which wasn’t previously considered, becomes possible. 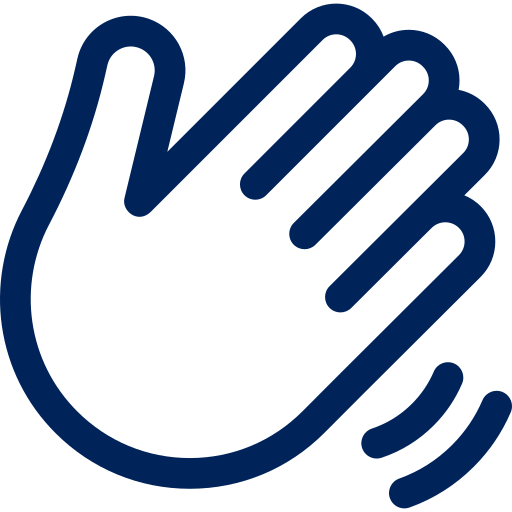