The Role of Coil Formers in Magnetics Components

We have talked before about the importance of components such as the core and wire, but in this document, we will focus on the coil former. A coil former plays a big role in a magnetic component, it is where the wire is winded; hence the bobbin determines the working space, how will the connections go, and the heat flow. Standard bobbins not always have the desired characteristic for a specific design, so we optimize them for each case.

In SPC we adjust the coil former to our needs with fast prototypes that can be later manufactured. We make small changes in standard coil formers and 3D-print them to make tests as fast as our customers' needs: 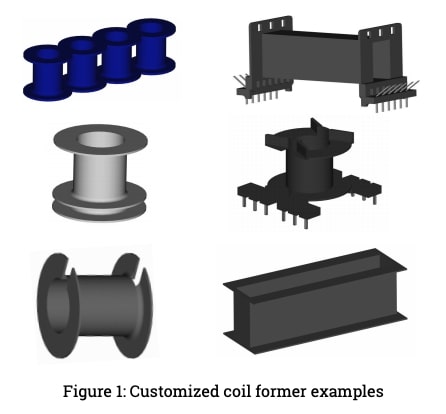 All their customized coil formers are introduced in Frenetic to be used in future designs.

We test all the coil formers, including the customized ones, to know their temperature behavior, parasitic, and mechanical parameters. 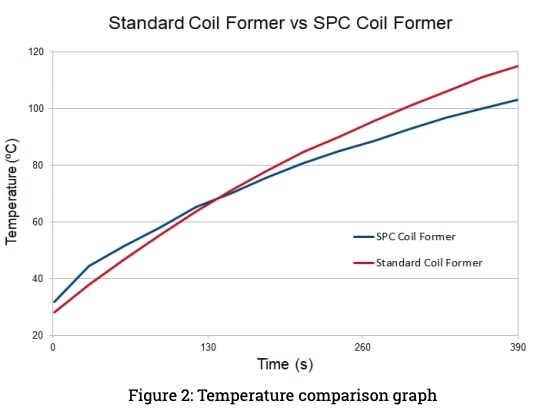 Example: The temperature of the wire of the inductor of Figure 3 is measured with 22 A of DC.

The temperature difference between the outside layer of the two coil formers grows over time, reaching a difference of 10ºC after 390 seconds. 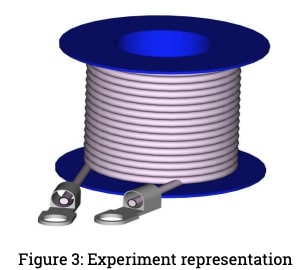 Inductor characterization through the measurement of magnetic flux density