Reliability requirements impose the use of specific techniques, and these are easy to implement in this topology. However, relevant hi-rel markets such as aerospace and defense have important component choice and component procurement constraints related to part qualification, use of extended range components, radiation tolerance, and so on. This Application Note aims to highlight the merits of this topology for such uses, giving practical examples of possible implementations.

Characteristics that make the PSFB a great candidate for high-reliability applications:

To best illustrate the restrictions imposed by component availability and their potential impact, a requirement is assumed for all parts to be both fully space-qualified and suitable for radiation harsh environment (i.e. radiation-hardened, tolerant, immune, etc.) This is a commonplace scenario in GEO and deep space missions. Components we cannot use as a result of this requirement include monolithic (IC) high-side (level shifting) MOSFET drivers and PSFB controllers (due to lack of qualification). Similarly, technologies like optoelectronics or BiCMOS are mostly banned (due to radiation).

Turning a Low Side MOSFET Driver Into a Fully Isolated Driver

Figure 1 shows an extremely simple (albeit possible) MOSFET drive concept (2 required as only one leg is shown). Such simplicity is only possible thanks to the unique character of the PSFB that all of its power switches work at 50% duty cycle regardless of the converter duty cycle.

An almost identical approach featuring only N-channel MOSFET is shown in Figure 2.

Additional dead time can be implemented easily on the MOSFET side of the pulse transformers. Figure 3 shows a possible way to achieve these using components inherently immune to radiation.

Turning a Standard PWM Controller Into a PSFB Controller

A functional diagram that is easy to implement in actual hardware is shown in Figure 4. Fully qualified high-speed CMOS standard logic such as the 54HC and 54AC families is in production including different flip-flops and gates suitable as "glue logic". This includes those with Schmitt trigger input, which are particularly useful in mixed-signal circuits. 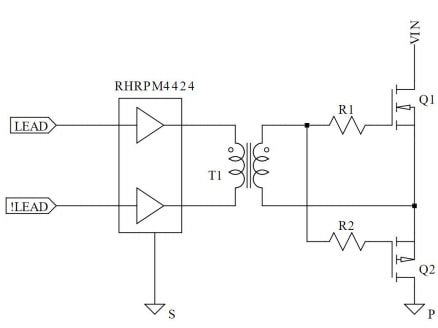 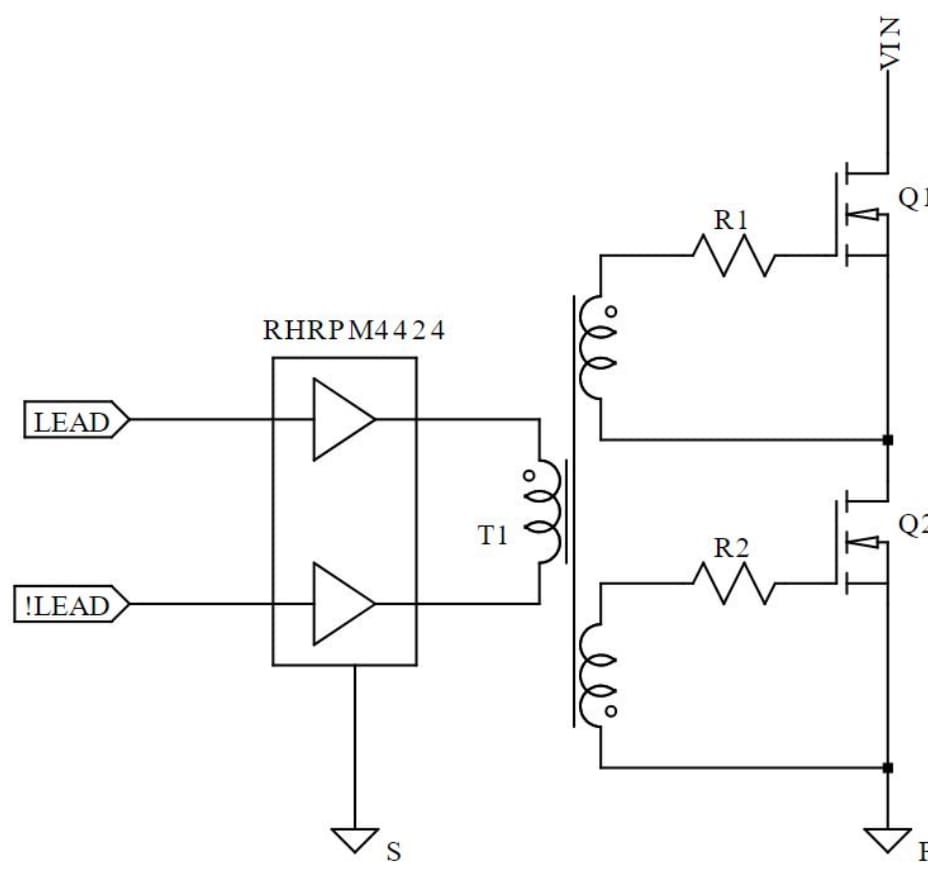 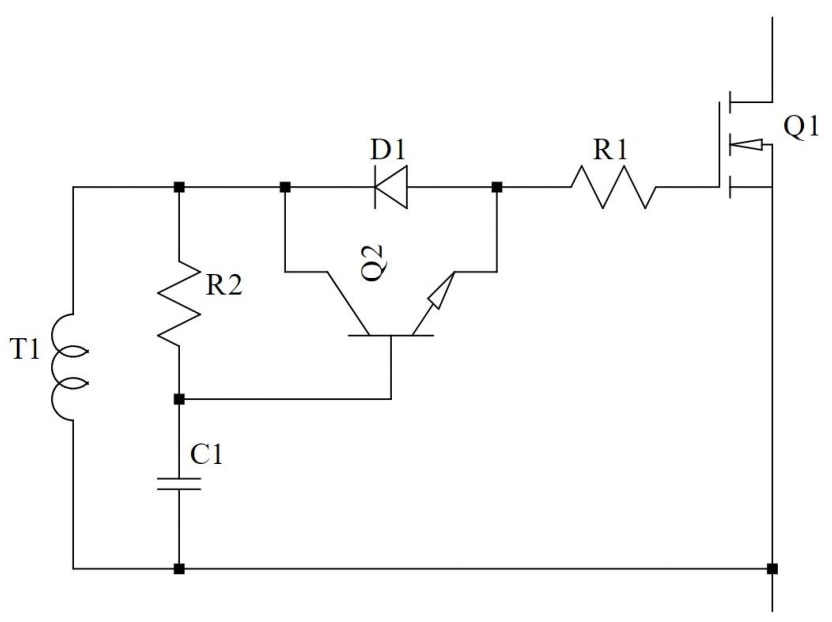 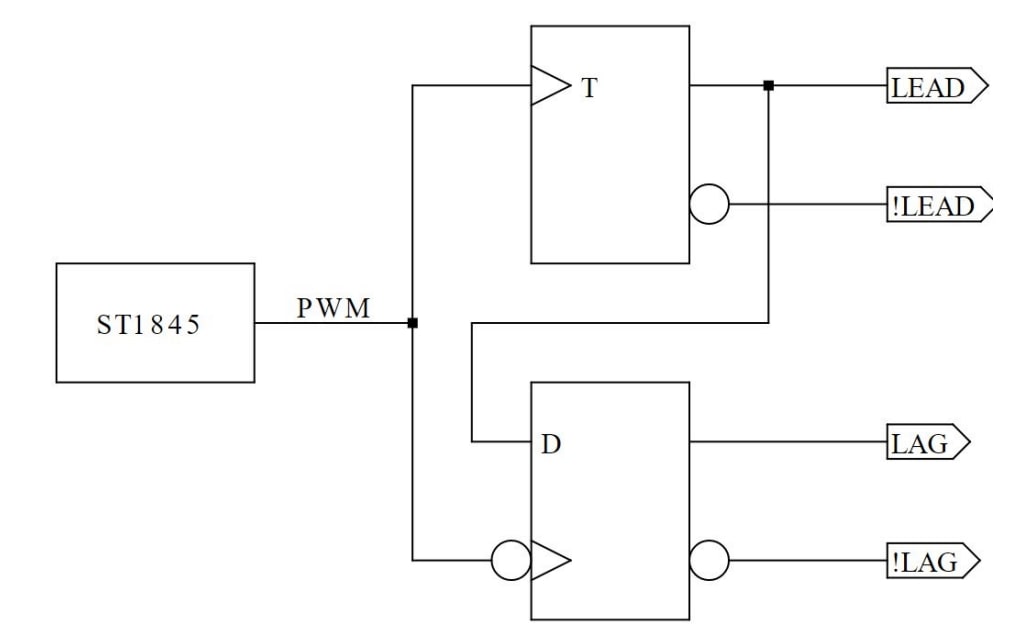