Electric Vehicles in Spain will drive through their beautiful beaches and a lot of their components are created in Spanish laboratories.

This article is about what I have learned about Spain as an electronic country.

By Chema Molina, CEO at Frenetic. 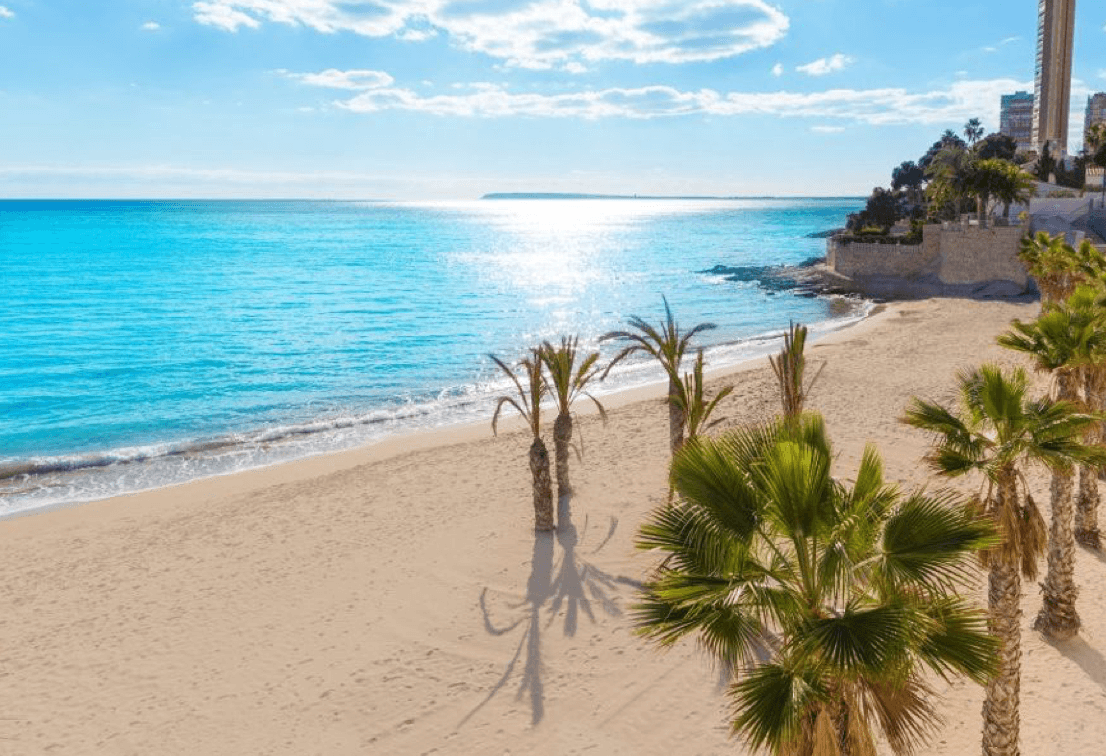 It’s 2008 and I’m 22 years old. I have just arrived in Madrid and I have been awarded a grant at CEI (Centro de Electrónica Industrial), part of the Polytechnical University of Madrid (UPM). I remembered opening the door at CEI and listening to two guys, one with a Serbian accent (at the time I thought it was Russian, only later to discover that Serbian engineers are part of power electronic history), discussing voltage spikes in a Buck converter. It was clear from the beginning, this was an international place.

I continued walking around the place, looking for Óscar García, the professor I was in contact with, who will soon become my mentor (mentor is a formal way of saying godfather because he was more than a mentor). Oscar was the person who provided the chance to play in that field. Once I found him, he introduced me to David Meneses, the Master’s student who will become my first supervisor in my initial project (eventually, I was the best man at his wedding 8 years later).

The place was magical, with a lot of people running in all directions. Some guys were soldering SMD chips in front of the window, researchers were looking at black screens, writing code, or drawing PCBs. I was excited.

I had only spent 1 hour there but I wanted to be there forever. I belonged to that place. Everything was new to me. I knew nothing, my ignorance about electronics was compensated by my hunger for learning and I was in the right place, at the right time.

And it was there, at CEI, where I first received a complete course about Magnetic Components in the Industrial Electronics Masters. The professor was Roberto Prieto and I loved the course. Roberto, together with Rafael Asensi, Jose Antonio Cobos, and Javier Uceda (we will talk about this guru later) were the founders of a project about magnetics that went on to be supported by ANSOF (a company acquired by ANSYS later) and became the magnetic design software of ANSYS for the last 20 years. This software is called Pexprt. These professors have dedicated an incredible amount of hours to learn about magnetic modeling and design and have created an incredible tool. At that moment, I was too young to understand what was around me. These 3 professors had made Pexprt, one of the most powerful software in the world. Look, this is crazy: 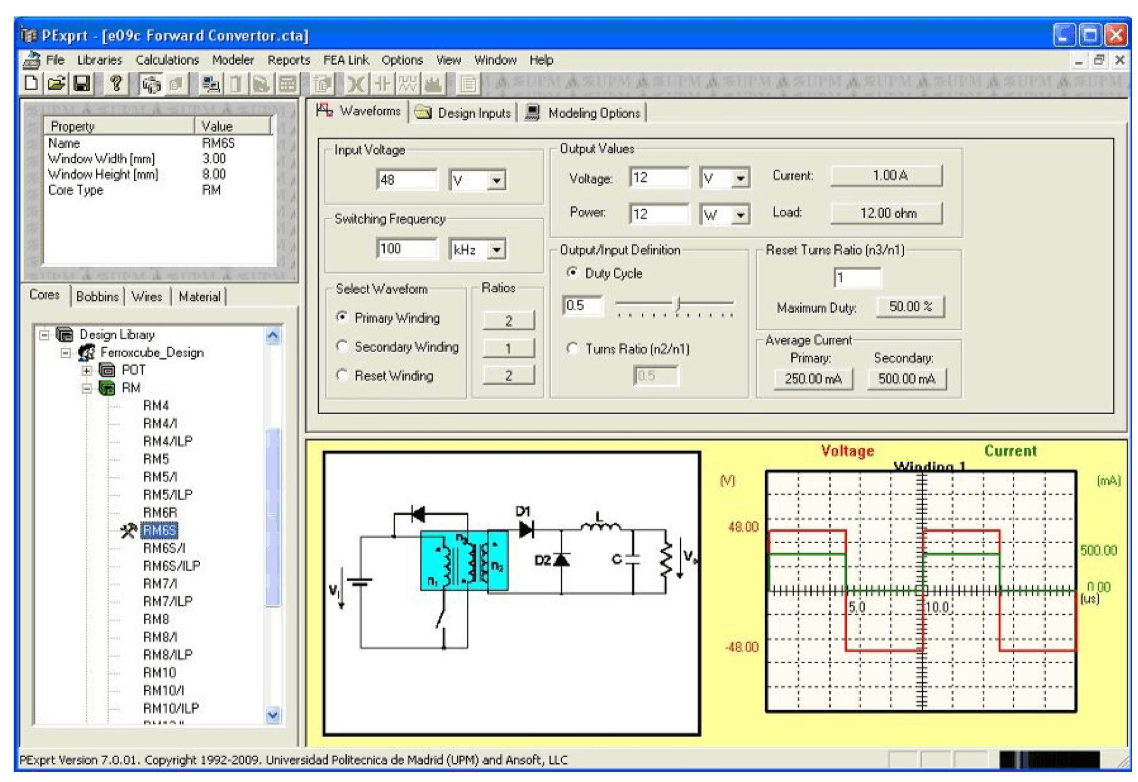 But what is more relevant is that this was not an isolated case. CEI was full of professors creating technologies that are applied in all fields, receiving awards continuously. For example, Prof. Teresa Riesgo , one of the best professors ever (Now, Secretary-General for innovation in Spain), was creating chips in 2000 for American companies and space satellites. While the rest of the world thought that Spain was only famous for its beautiful beaches and paella, CEI was competing with world-class players from Switzerland, Germany, and the USA. In fact, they created their own annual conference for sharing their knowledge with the industry. Here we have one of the keys: 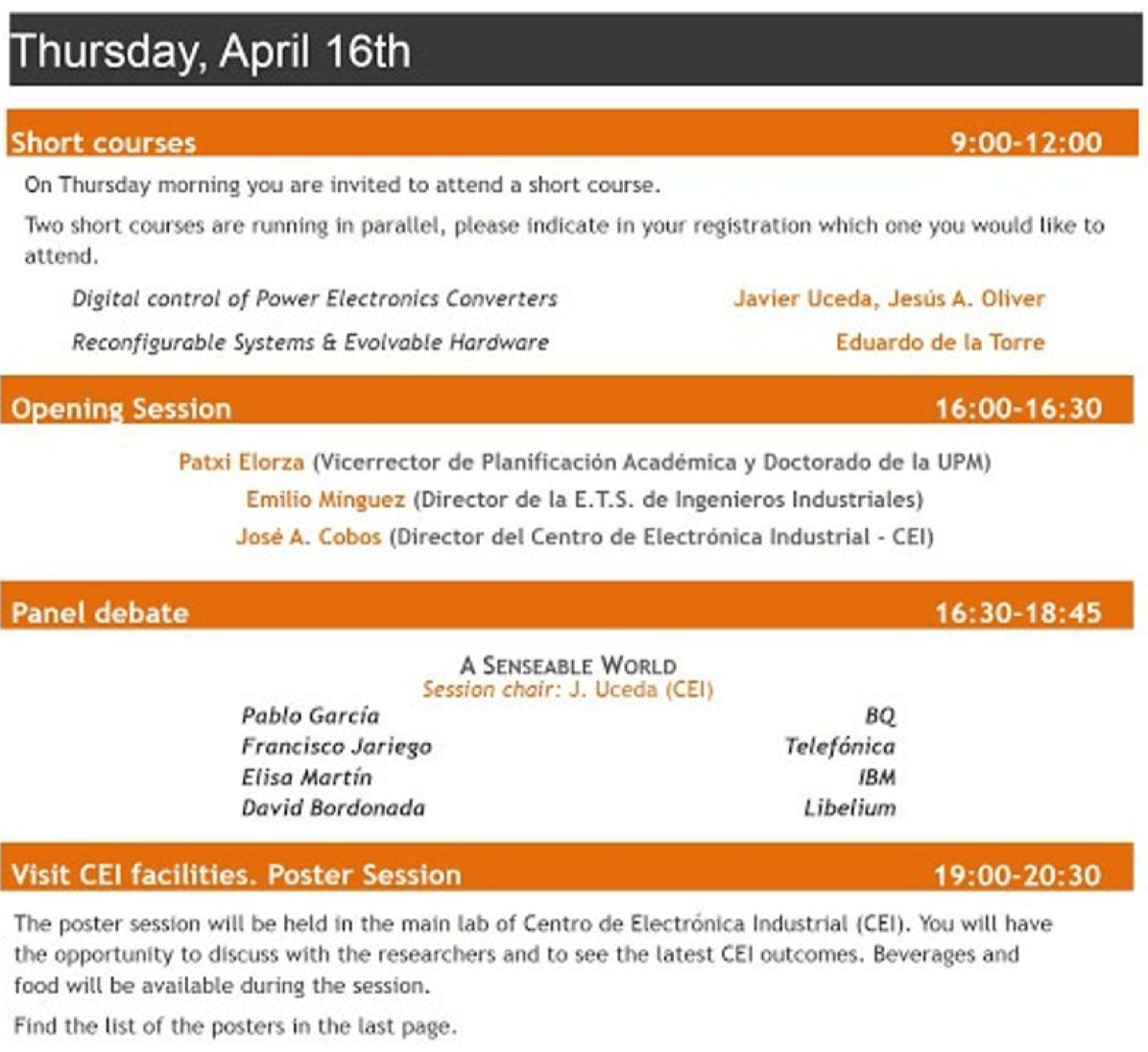 During my master’s and research activities, I also needed to socialize in a new city, Madrid. I moved to live with a professor at CEI, Jorge Portilla, and his wife, Yawen. He was a professor of digital courses on programming and designing chips. This was the first step to belong to two totally different groups of people at CEI. In my research activities, I worked with hardware power electronics guys and in my free time, I drank beers with guys talking about FPGA and Microprocessors. I was very lucky. It’s like learning math and physics at the same time. Eventually, I would use both skills. This fact was key in my future projects. 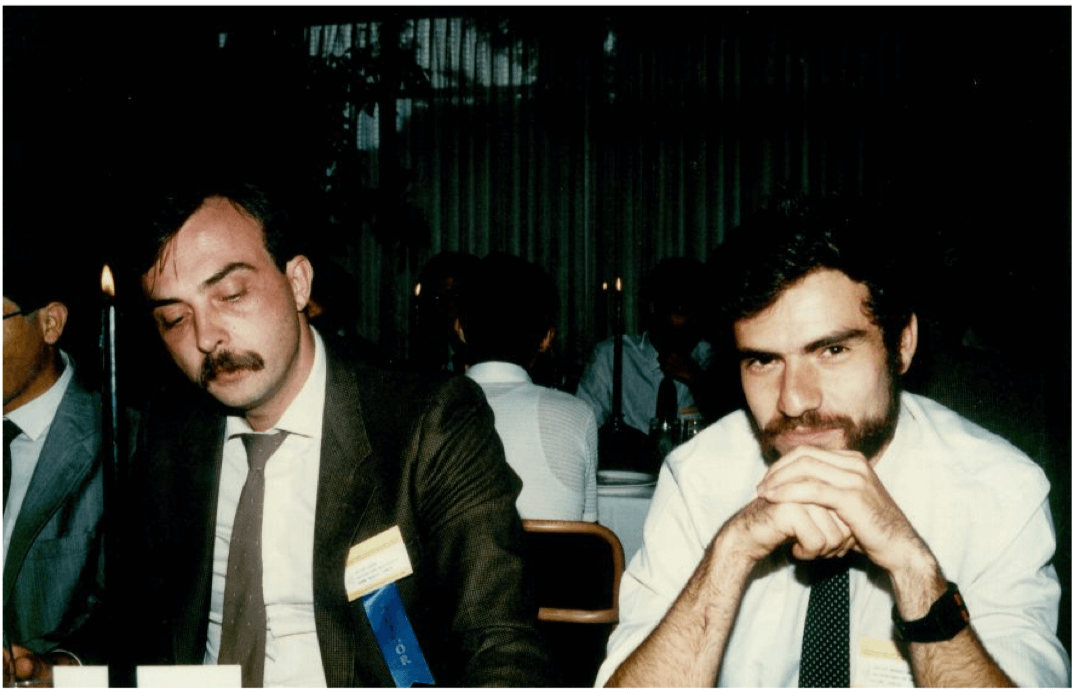 Javier Uceda and Sebastian at Kyoto in 1988

If CEI is competing with world-class research centers, it’s thanks to the pioneers. Probably, before these guys, someone made the first step, but I will start with them. Javier Uceda and his students, first Javier Sebastian and then later Teresa Riesgo, Jose Antonio Cobos, Óscar García, Eduardo de la Torre, Rafael Asensi, Roberto Prieto…

Javier Uceda was a pioneer. He was one of the first people to attend conferences in Power Electronics and bring the knowledge back to Spain and CEI. There was no internet or databases, just the trips to conferences, the meetings and the motivation of one of the most important professors in UPM history (by the way, he later became the President of the Polytechnical University of Madrid) in learning and creating a group of fantastic engineers who were spreading the world of Middlebrook (Amen) through the Spanish Universities.

At that time, Javier Sebastian moved to the University of Oviedo, where together with other professors, they created another hub of power electronics in the north of Spain.

Valencia also joined the industry of electronics and today it’s one of the most interesting hubs for big corporates in electronics and magnetics such as Würth Electronics and automotive companies like Mahle (who acquired a Spanish company called Nagares). Powerful German companies came to Spain to find electronic technologies. As we have seen, this is not a coincidence.

In the meantime at Barcelona, PREMO, one of the most important companies in magnetic manufacturing in the world, was building millions of magnetics, being part of an industry with hundreds of winding houses in just one city. PREMO is still one of the most important industrial companies with factories in Asia and Europe and a research center in Malaga. Their research activities are followed by the main companies in the industry. In a previous article, I talked about the people of magnetics. The ecosystem of distributors of magnetic materials, factories of ferrites, like the one in Guadalajara belonging to Ferroxcube, were enhancing Spain as a good place for electronics. 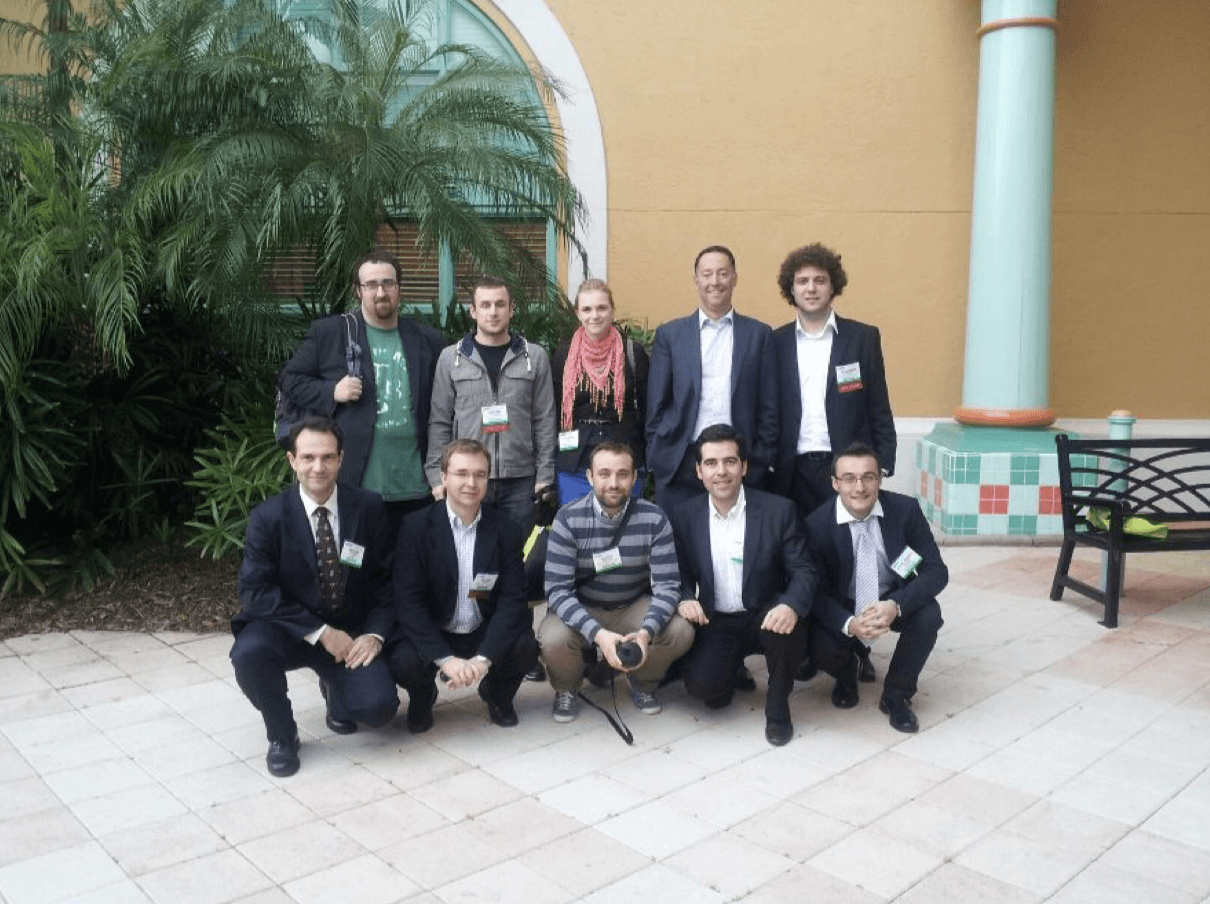 In 2012 I attended my first conference in Power Electronics (APEC) in Orlando, Florida to present my work on ZVS in Full-Bridge converters. It was one of the best experiences of my life, everything I wanted to learn, all the reference professors, all of the corporates were there. But only later would I become aware of the number of Spanish people at the conference. I don’t have exact data but I found Spanish people everywhere, in every session. In the organization, in the big companies, in research centers in the USA, Denmark, France, Germany…Spanish engineers are there and have relevant positions.

At this point, I was sure that I wanted to be part of this community, but how? Spanish engineers are everywhere because Spain is able to produce more engineers than companies for them. Spain needs more industrial companies in electronics because we have the most valuable treasure, a machine for producing high-quality power electronics engineers.

I have entitled this article ‘Why Frenetic was Born in Spain’ and I think I have explained the main reason. Talented people who have been formed by a tradition in power electronics of 40 years. But why has Frenetic focused its work on magnetics? This is a different story.

As I wrote at the beginning, at CEI, a group of professors created a software, called Pxprt which has been commercialized by ANSYS. This will be the beginning of the next article…